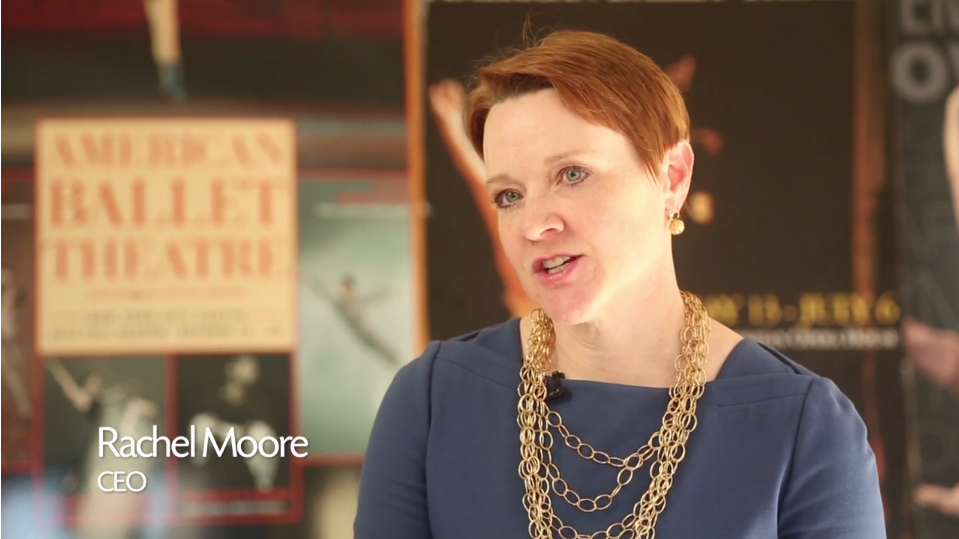 On October 9th 2013, American Ballet Theatre asked us to produce a 5-7 minute video that would explain a new initiative. The video needed to be ready to be played at Lincoln Center on the evening of November 1st. Many steps went into the video production and here is an outline of the costs.

Some assumptions that are fairly typical for corporate video. We were able to shoot at the client’s location, so there is no cost for studio rental. Also, we received some production help from the client regarding deciding who would be in the video and scheduling.

$500 – Writer – After reading the brief, a writer did a treatment before we shot the interviews. This was extremely helpful during the interviews because we already knew what we wanted the various subjects to say, and how this would fit into the video. The writer also gave a treatment after the interviews so that we could edit.

$1550 – Full day video – All the video was shot during one day at American Ballet Theatre. We used two cameras. Two tripods. Some softbox interview lights. A mic kit. plus a camera operator & production assistant.

$1000 – Post Production Audio Mix – Eugene Kim and MediaRightProduction helped us by mixing the final audio. They reduced noise on the interview tracks and carved a frequency hole in the music track so that the voices stood above the underscore. This cost didn’t include any change requests.

$1750 – Production – This is the cost of putting all the pieces together: Hiring the writer, camera operator, editor, voice, & audio mix — making sure they each have what they need — working with the client to make sure the video played at the location. Communication during change request cycle.

$75 – Transcription of interviews – This helped the writer come up with treatments. It was also critical during a review cycle when the client wanted a sound bite from an interview changed and was able to specify exactly what they wanted very quickly.

$50 – Music Rights – We went to Istockphoto.com and found a track that worked. The costs for usage was $50.

So the total for this video was $8875. ABT paid less because they received generous non-profit discounts from WPRNY, the writer, MediaRightProduction, and PDRVoiceover.