Webcasts, Webinars, Web conferencing… What is the difference?

Broadcasting on the internet has created a bloom in terminology. Webcasts, Webinars, Web conferencing are sometimes used interchangeably. These phrases have subtile distinctions that we outline here 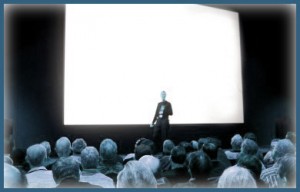 The advent of broadband internet coupled with cheaper technology has led to a large increase in the use of video communication over the internet.   Thus, the evolution of webcasts, webinars and web conferences, but what is the difference between them? They all share the same qualities, but it is the end use that defines them.

A webcast is a like a TV broadcast, but via the internet.  It can be structured exactly like an entertainment program, or simply filming a live meeting that is then broadcast to people watching from their computers.  There is little to no interaction between the viewer and the material that is being broadcasted.  Often they are viewing purely for the purpose of watching (either for entertainment or educational), rather than becoming engaged in any dialogue.

A Webinar is like a seminar. They are more informative in nature. It can be anything from a panel of commentators in front of a live audience to a solo speaker discussing the benefits of their company in TV studio. Viewer interaction is what distinguishes the webinar from a meer webcast. Depending on the webinar style and technology, the viewer can have limited interaction with the presenters– often by email or chatting, rather than by audio or video. The webinar hase become the choice for trade conferences & conventions who want to supplement any in-person attendance.

Finally, web conferencing is derived from a conference call. This term is often confused with a conference. Web conferencing typically involves two or more parties who carry on a dialogue between themselves while others view and listen. Each participant has the ability to speak and view the others involved in the conference. Think of this as a conference call with video. These were once most common in office settings, but with technology like Sprecast, have gained popularity among hobbyists, small groups, and non-profits.

While web conferencing can typically be held on a very low budget. Webcasts and webinars are often done with more broadcast production and technological know-how and design.

If you are considering producing a webcast or webinar and want help with the technology and broadcast production expertise, feel free to call us at 646-519-2451, where we are always happy to discuss the logistics and costs with no obligation from you.